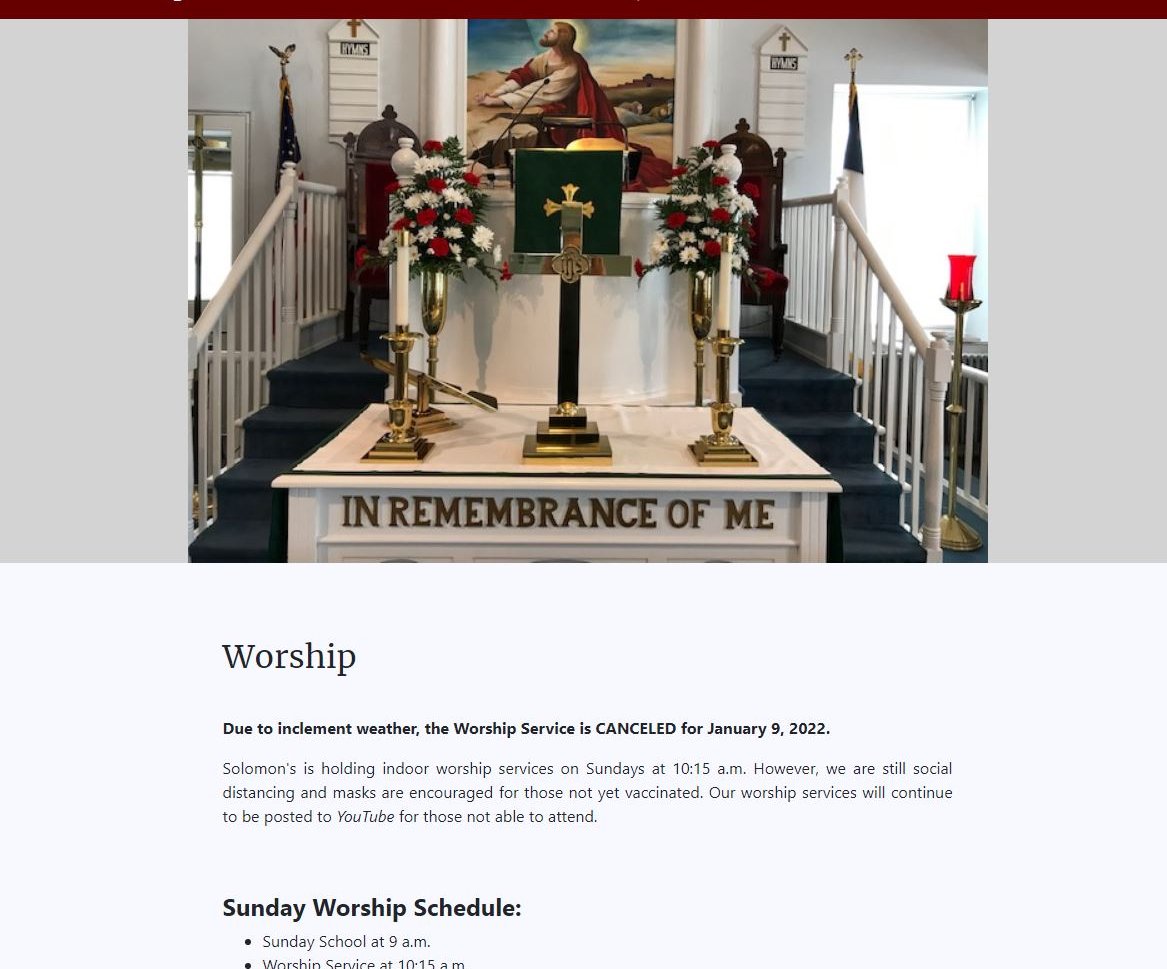 In 1736, the first Germans from Lancaster and York counties settled in the southern part of Franklin County. One of the earliest of these German settlements was just south of Chambersburg, known as the "Grindstone Hill" settlement. After 1764, the ingress of the Germans was so great that they soon owned the better part of Guilford Township.

The Germans loved their church and made early provision for the permanent establishment of the ordinances of religion among them. An occasional sermon was preached to the scattered Lutherans of the settlement by ministers passing through the valley on horseback.

The Lutheran and the Reformed congregations united in their efforts to secure a suitable place to build a house of worship. In 1766, the original church, a log structure, was built. It was situated on the opposite side of the highway from the present church, but this new place of worship was not completed for twelve years due to the poverty of the people. The services were held in it although there was no floor or stove for warmth. A stove and other needed supplies were provided in 1778. It was considered one of the finest buildings in the settlement. The log church served a good purpose for sixty-seven years, after which it was sold for thirty dollars and moved four miles east where it became known as "Fetterhoff Chapel."

As the Lutheran congregation increased in number, a new church was required. The Lutheran and Reformed congregations again united in erecting another house in which to worship the God of their fathers.The corner-stone of the brick church was laid in May 1833. It was built in the form of a parallelogram, with the pulpit at one end, the doors at the other, surrounded by a spacious gallery. The dedication service was held on November 24th of the same year. The building was constructed for approximately $3,000.

Get your Wagtail site featured on  Made with Wagtail

Want to get your hands dirty?

Made with love by Springload