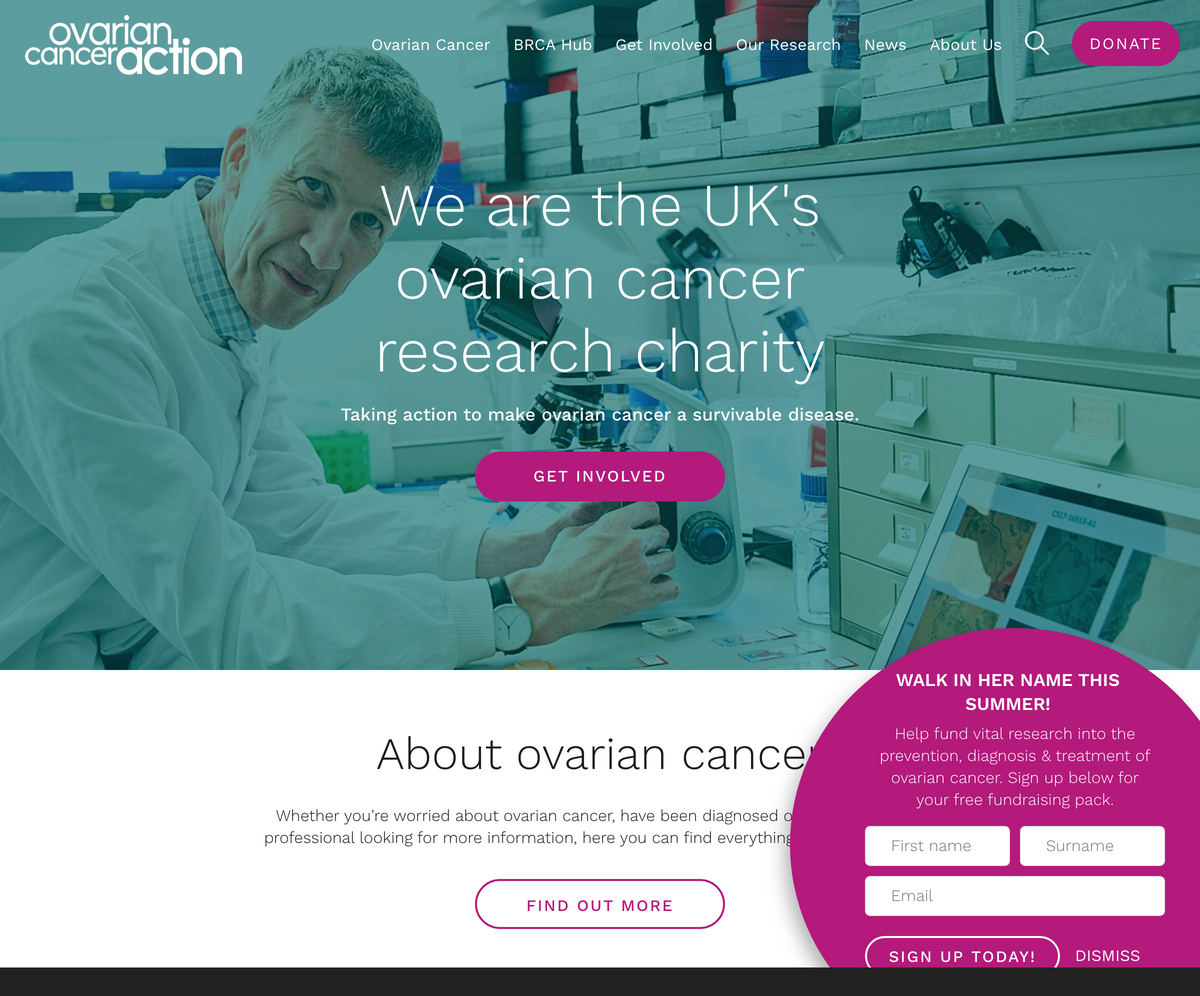 Ovarian Cancer Action had a website that had served them well for three years, but an antiquated CMS and disconnected styleguide meant they were firefighting content and an ever growing IA, when they would have preferred to be focussing on driving engagement and working on powerful content.

We worked with the digital, funding, and comms teams to create a website that worked harder for the organisation. The taxonomy and navigation was improved, landing pages and the content hierarchy were redesigned - with one eye on a flexible system that would allow for campaigns to be regularly surfaced and promoted - and we implemented a Wagtail CMS that could be used by pretty much anyone within the organisation.

Get your Wagtail site featured on  Made with Wagtail

Want to get your hands dirty?

Made with love by Springload